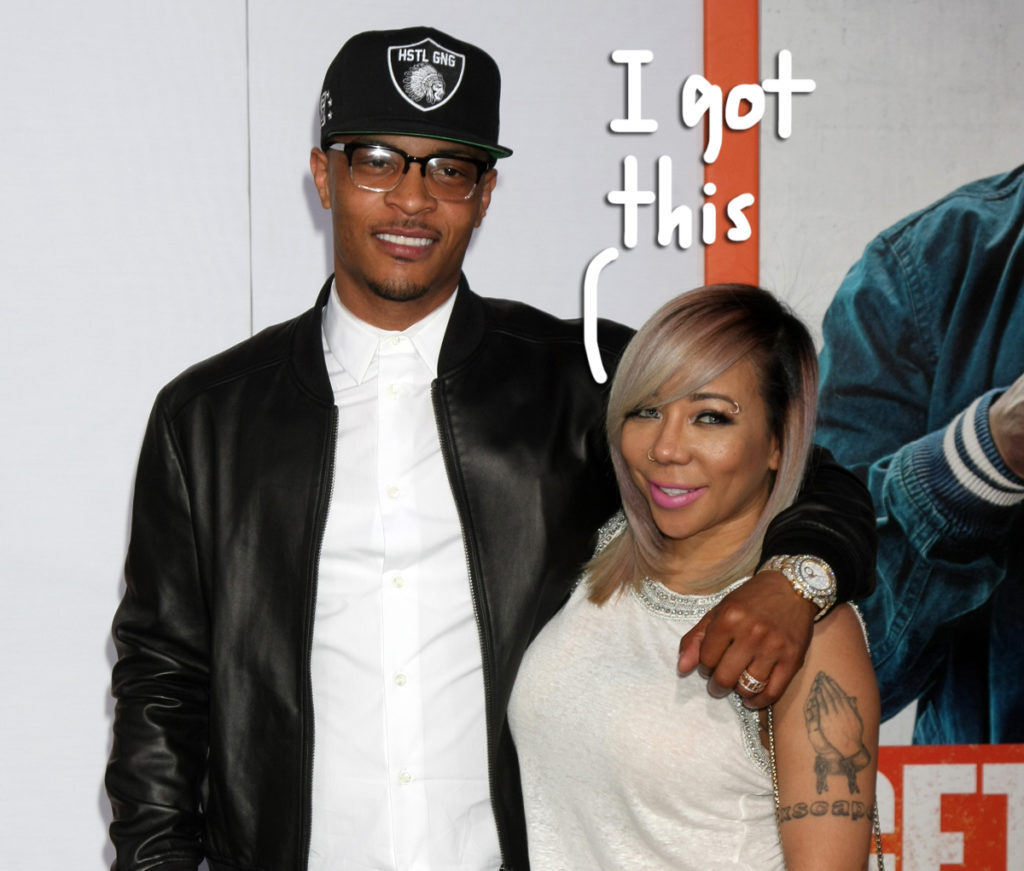 Tiny Harris is defending her husband from some crazy new claims.

Earlier this week, T.I. was accused by a woman named Sabrina Peterson, presumably a former family friend, of holding her at gunpoint during a dispute involving the rapper’s assistant.

While the Grammy winner has yet to respond to the claims, his wife stepped up and defended him later, publicly telling Sabrina to stop “harassing” her family. In a comment captured by The Shade Room, Tiny wrote:

“Hold up… So you want your abuser to train your sons? He was just uncle 2 years ago Now when did you say my husband assaulted you? Did you change your mind or change it back? What wit you today Pooh? I’m confused. Stop Harassing My Family. You strange. Everybody know you been special (face slicing seminar lady). Please get help but LEAVE US ALONE.”

Tiny’s rescue efforts came two days after Sabrina made the claims on Instagram, calling T.I. a predator who “put a gun to [her] head in front of children.” In a caption of a photo of herself, she wrote:

“The sad part about being a woman & BEING A BLACK WOMAN IS THIS! The public PRAISES OUR PREDATORS! @troubleman31 you PUT A GUN TO MY HEAD IN FRONT OF CHILDREN & I NEVER CALLED THE POLICE ON YOU! But for years you have painted me as the VILLAIN! … LETS NORMALIZE THE ALLOWING OF BLACK WOMEN TO HEAL!”

The woman went on to urge Atlanta mayor, Keisha Lance Bottoms, to distance herself from the Live Your Life hitmaker — who in 2009 was sentenced to a year and a day in prison for illegally possessing machine guns and silencers — writing:

“LETS TALK! @keishabottoms YOU CANT HAVE A PERSON THAT HAS VICTIMIZED WOMEN SPEAK FOR US! Lets have a real TALK!”

In a separate comment, Sabrina claimed Tip put a gun to her head because she was “beating up his female assistant” who was allegedly treating Tiny “like a SLAVE” — so Tiny’s dismissive response is quite curious.

What do U think of these claims, Perezcious readers? And what about Tiny’s reaction? The accuser is clearly frustrated about the mistreatment and marginalization of Black women overall, but Tiny makes it seem as if she needs some other kind of help.

Swipe through the post (below) to see the drama unfold, and share your thoughts in the comments.